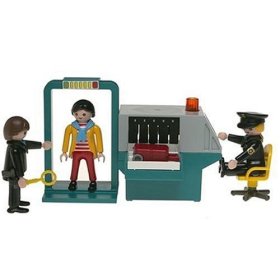 From the depths of not-recently-blogging, comes this bit of awesomeness, pointed out to me by a co-worker. The Playmobil Security Checkpoint. Be sure to read all of the comments/reviews.

Also, check out the “People who Bought Items Like This Also Bought…” rig. Dianetics? WTF?

This entry was posted on March 12, 2008, 6:25 pm and is filed under humor. You can follow any responses to this entry through RSS 2.0. Both comments and pings are currently closed.