Do Androids Dream of Electric Sheep?

There’s a great article in Poplar Mechanics this month by Adam Savage (of Mythbusters and movie FX fame) celebrating the 25th anniversary of Blade Runner, which was released on June 25th, 1982. Now I know that some of you blog readers are not, for whatever reason, fans of this movie. I can’t, to save my life, imagine why not though. Perhaps you should give it another chance. The truly amazing thing, is that at some point this year you will be able to.

The definitive director’s release of the film is being re-released on DVD/Blu-ray/HD-DVD this fall, and a limited theatrical run will also happen. Yes, that’s right, the word is that we’ll be able to see it up on the big screen. Now, I have nothing against the c.1992 “director’s cut,” which contains the actual, definitive ending of the movie (not the phony “happy ending” that the original studio tacked on to the initial release), but apparently Ridley Scott wasn’t terribly thrilled with it, and wanted to devote more time to this release. Anyway, I’m stoked. This might be the reason to finally upgrade to Blu-ray down the road. 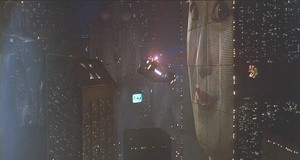 This entry was posted on June 25, 2007, 2:29 pm and is filed under life. You can follow any responses to this entry through RSS 2.0. Responses are currently closed, but you can trackback from your own site.